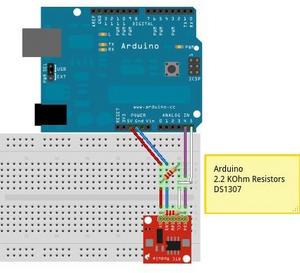 Once you got it running, verify the calculated positions, for instance with solar position calculator from sunearthtools. (Attention: SolarTracker4Arduino does NOT account for daylight saving time (DST), you have to determine UT (when you set your timer chip) as if there was no DST at all. On the other hand, sunearthtools allow using DST, and this option is selected by default.